We are 60 days in on this thing and, honestly, I don’t see an end in sight.  I know some places are starting to open up, but I honestly believe that this will just lead to more outbreaks and then everything will lock down even more.  I am just praying that school will start up in September, but I think even that is in doubt.

As for us, school is still going on.  Getting Chris up and on his school earlier just didn’t happen today.  I’m not ready to give up on it, so we’ll keep trying.  The other issue is that Google Music Studio, or something like that.  The band teacher at Chris’s school told the class about it and it is pretty neat, but it is also a huge distraction for Chris.  When he finishes one task, instead of starting another until his next break time, he goes over to the music studio.  So, I spend a lot of energy just trying to get him off that and back onto school work.  There is also a lot of technical work–practically everything is online–and, other than Roblox and Minecraft, Chris hadn’t really used technology in that capacity before the quarantine, so there is a bit of a curve.  Lillie, on the other hand, had been using all the apps she uses now all year (other than Google Hangouts), so that was all pretty seamless.

We did have a food situation today.  Because I am placing grocery orders a week in advance, I have to guess how much I need of certain things…and I’m not very good at it.  We ended up with far too many bananas and apples.  Pat made banana bread yesterday and he’s working through the apples.  So far, he has made a sort of apple filling which he used in a sort of turnover.  We still have loads of apples left and I think applesauce may be the next thing he attempts.  If nothing else, our house smells heavenly.

Tonight, I leave you with a picture of Chris.  He had a bit of a hard day, but he still managed a smile. 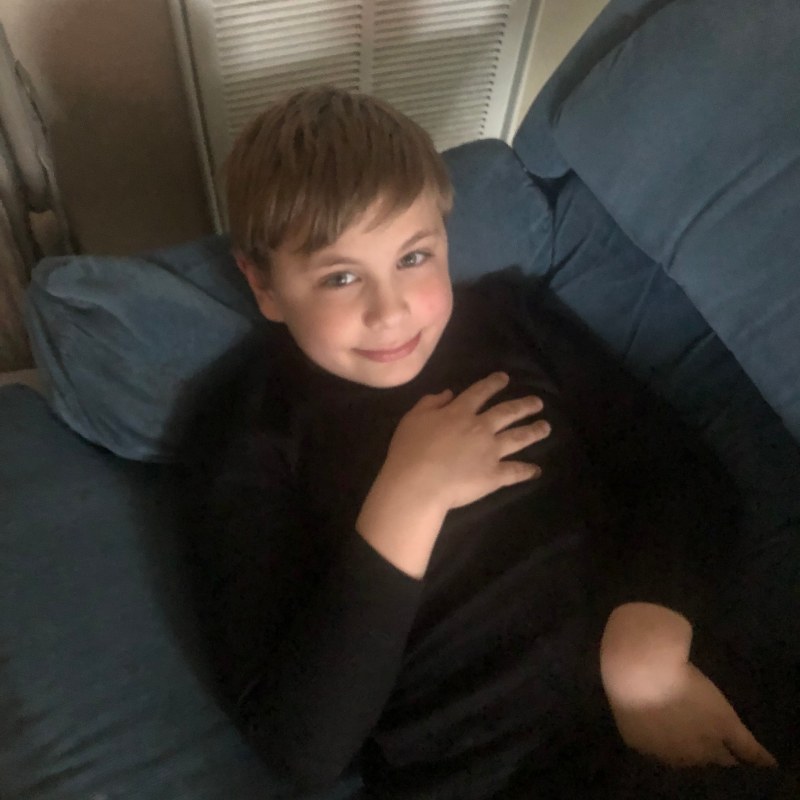 Dispatches from the Distancing - Day 59

Dispatches from the Distancing - Day 61