Every once in a while, we have moments to remind us that this is all unpleasant.  Today, it was Lillie’s mini-meltdown about not being to go out and play with her friends.  She felt better after her daily “social call” with her class, but I get it.  Chris, on the other hand, seems to be happy as a clam.

Speaking of Chris, he had another online OT appointment today.  I’m not sure how effecting online occupational therapy is, but it is what we have at the moment.  He has been working on keeping his reactions in check and the only meltdowns we’ve had this week have been on days that he was especially tired.  He did also get to chat a bit about being nervous about starting at a new school this year.  I’m a little worried about that transition, but I think it will actually be a little smoother because this school year is ending so weirdly.

Lillie finished reading The Hunger Games last night and started Catching Fire today.  Then, this evening, we watched the movie (The Hunger Games) on Hulu.  I realized that I just can’t handle violence like that any more.  I don’t remember being especially bothered by it when I originally saw the movie, but I had a hard time with it tonight.  Lillie didn’t seem to notice it and Chris wasn’t even interested in watching the movie.  I do have the entire Hunger Games trilogy, but I not the new prequel (and I have no interest in reading it).  I have a feeling that I will need to find some new dystopian series for Lillie–but I’m not really familiar with what is out there.  The only other ones I know are The Maze Runner, which I never read, and the Divergent series, which was terrible.  So, does anyone have any recommendations appropriate (content wise) for an 11 year old?

More cancellations came in today.  Pat and I have season tickets to the Broadway Rose Theater company.  They had already canceled one production and today went ahead and canceled their two summer productions.  Then I found out that the Washington County Fair has been canceled.  Pat likes to trash talk it, but I love that fair.  It’s like the Oregon State Fair except it is a little smaller and it has free admission!  It is also 5 minutes away from us…you can’t beat that.

Oregon has managed the pandemic quite well, but I worry that the bad moves made by other state governments will halt our slow process of reopening.  Some things are supposed to be reopening starting May 15, but it is going to be a slow process.  We–our family–will still be socially distancing as much as possible for a while.  But knowing that there are signs of reopening are a comfort.

Today was another day that I didn’t take any pictures.  So, I went to see what pictures I took on May 7 in the past and there wasn’t much there.  So, I went for old Alice pictures.  I found this one taken not long after she joined our family.  We adopted her when she was about 9 months old, so she wasn’t exactly a kitten…but I had forgotten that she was significantly smaller then, which I think this picture shows.  It also shows that she hasn’t changed much in the last 5.5 years… 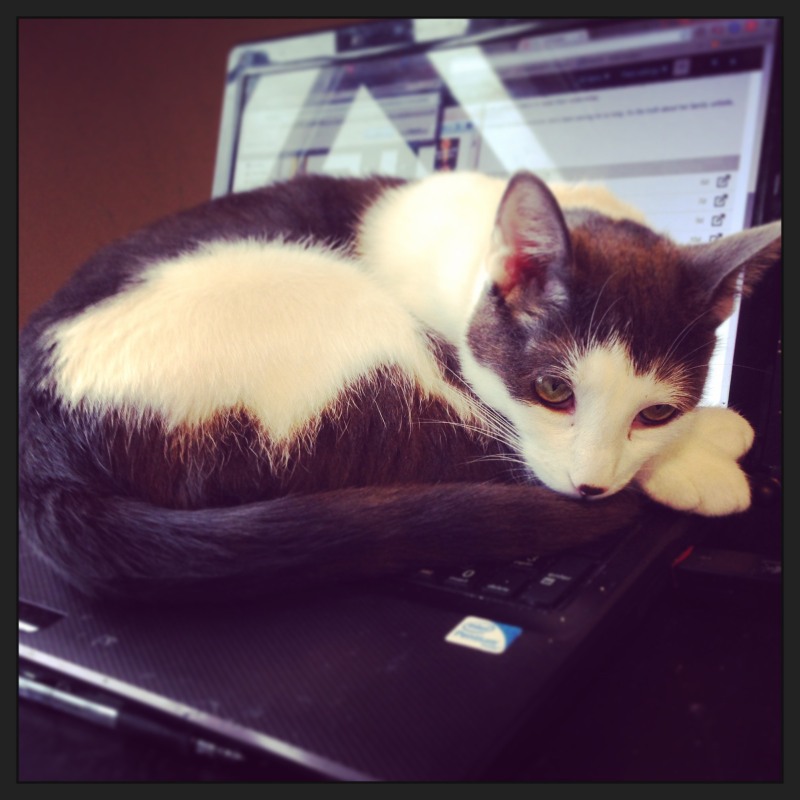 Dispatches from the Distancing - Day 54

Dispatches from the Distancing - Day 56 AND Saturday Snapshot