I debated whether or not to write tonight because, honestly, I don’t have much to say about today.  Our weekends have become incredibly low-key.  Pat is still in a lot of back pain.  We aren’t sure what is causing this but we think it may be that his home office might be to blame.  He’s using an old table from my single days and an office chair he bought at a garage sale and had in Lillie’s room.  Since the working at home thing is going to continue, maybe after all this weirdness has passed, we realized that we need to fix that issue.  Obviously, we can’t do that right now, but once things open up again, I think we’re going to invest in some office furniture for him.

I had my weekly virtual coffee with some friends this morning and we put out our guesses as to how long this is going to last.  I can’t tell–I think we might have some sort of reprieve in July and August, but then the fall will be brutal.  I don’t think we’re ever going back to what the world was like in February, but my guess is the pandemic will be behind us in about 12-18 months. However, everything is so unknown that I wouldn’t put money on anything at the moment.

I decided to add a little bit of school into the weekends for Chris.  Otherwise, it would be nothing but TV and video games for him for two days.  I had him do 15 minutes of math facts practice on an app he uses for school and then we did an hour of SSR (Silent Sustained Reading).  None of this lessened his screen time–as I said, his math was on an app and he’s been reading Adventure Time comics on another app, but at least it was something.  It also gave me an hour of reading time.

I will say that my reading has changed in the last 7 weeks. As before, I still read before bed–but I used to do my day reading throughout the day.  10 minutes here and 15 minutes there when I had a break.  I’d also sit in the pick up line at Chris’s school and read there for about half an hour.  Now, I read for an hour during the day and before bed.  The rest of my time is occupied with Pat and the kids.  I’m not complaining, but it is something I’ve noticed.

I have no pictures from today, but I thought I’d share this one from this day last year.  It was taken the day Lillie had participated in a version of Battle of the Books at her old school–it was less involved than the one she did this year, but her team won first place.  Lillie loves OBOB (Oregon Battle of the Books) and she has already started on the books for next year.  Chris surprised the heck out of me saying he wanted to do it too, so he has his own box of books that we’ve been slowly working on.  This year, Lillie’s team finished second and they didn’t advance–not that it made any difference as OBOB was cut short because of the pandemic.  Next year though… 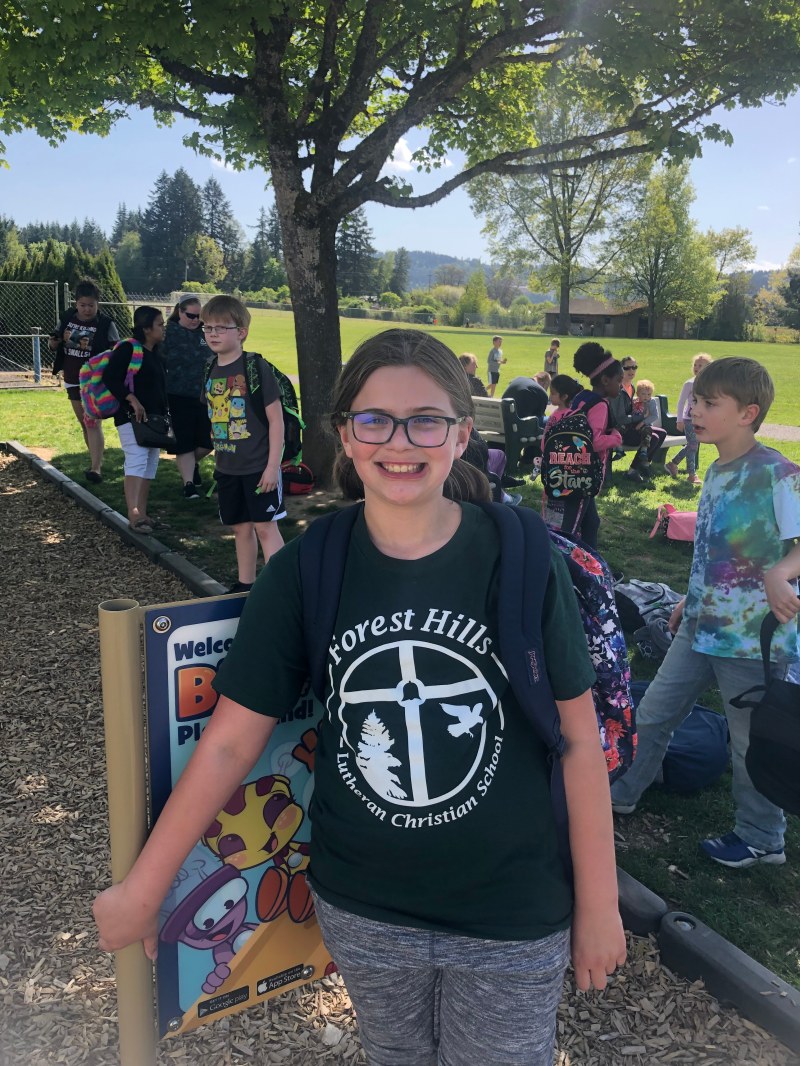 Dispatches from the Distancing - Days 48 & 49 AND Saturday Snapshot

Dispatches from the Distancing - Day 51