I didn’t post yesterday–as it was Pat’s birthday, I decided to spend the evening with him instead of on my computer.  Of course, “spending the evening with him” translated to watching television while he snoozed on the couch.  He woke up on his birthday with a very sore back, something he is still dealing with.

The celebration was pretty low-key.  I made a cake for him–an old cake mix that we rescued from the mice in the garage.  I used to be the person who would NEVER use a mix (unless I had a recipe that used a mix as just a component) and would make all my cakes from scratch.  Now, however, a mix is as fancy as I go.  I have lost any and all desire to bake.  Cooking is no longer fun either–that all changed as soon as two little humans started voicing their opinions about what I put on the table.

I did have a gift fail.  My brother Todd has had luck growing vegetables in self-watering troughs and Pat and talked about giving them a try.  I decided that this would be the year we did that and I knew just what to give Pat for his birthday.

Now, what I SHOULD have done was talk to my brother to find out what exactly he was using.  What I DID was go on Amazon and order something that looked right.  I found a self-watering planter and it was described as and XXXL planter.  That sounded right…

Here it is, with Alice (who is just slightly smaller than normal sized for a cat).

So, you know, no veggies are coming out of that.  I’m not entirely sure what we’re going to do with it.  I’m hoping it might become a home for my basil (and for thyme, which I am not currently growing), but I have a feeling it will become a “project” with the kids.

Today was just another day in our distance learning lives.  We got more details about Lillie’s science fair–which is basically you only get the details if you do the assignments.  Luckily, Lillie is very gung ho about this so the assignments are getting done.

Chris flew through his work today.  He had another OT appointment yesterday and we have some new strategies to help him focus and they have really helped.  I do worry that the sort of casual nature of home school is going to make his transition to his new school harder, but right now I just want him to get his work done with little drama.

As this post covers two days AND my weekly Saturday Snapshot, I figure I should add some more pictures.  Unfortunately, this date in my digital photographic history is pretty minimal so I only have 2 more pictures to add.

And here is my little girl, about 2.5 months old.  I can’t believe she was ever that small! 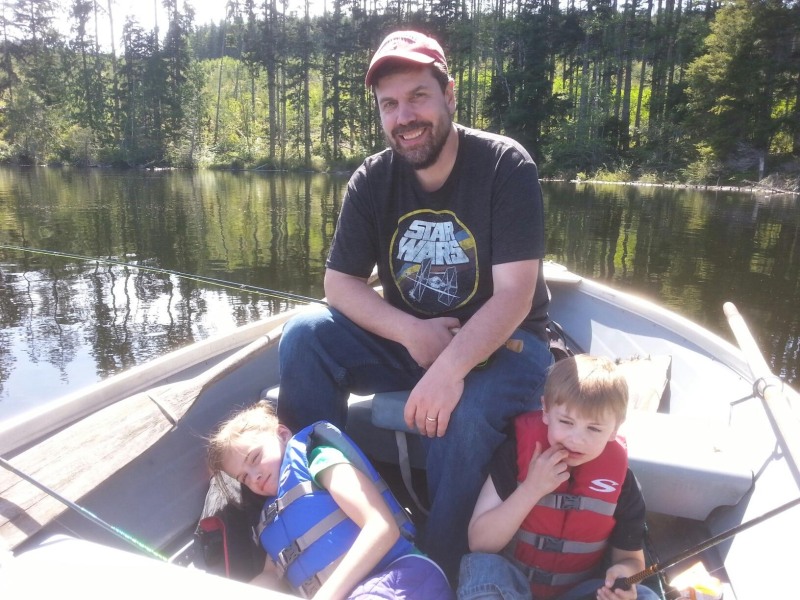 Fishing with the kids…this isn’t my favorite version of this picture, but for some reason this is the only one I have.  The one I really like has both kids fast asleep!

And that’s all I have for pictures.  Hopefully there will be more next week!

Dispatches from the Distancing - Day 47

Dispatches from the Distancing - Day 50