It had to happen sooner or later, but silliness has hit us!

Somewhere, I got this game which is basically an Americana-themed Taboo, where you have to describe things.  Pat and I broke into it after dinner and started quizzing each other and, yes, it will come out the next time we have a game night.  Don’t worry, Pat is terrible at it.  Here is an example.  I’m thinking of a work of American Literature.  Pat’s clue is: “It’s mentioned in a Billy Joel song and the pitcher throws to the person and bread.”  Here’s my clue for the same thing, “Salinger novel about an obnoxious teenager.”  Which one got you the right answer?

Anyway, we did this for about 4 hours and we were both not making sense.  I used “shitty beer” for about 7 clues and Pat started giggling when I said “pianist.”  People, we’ve become a madhouse.  It all sort of came to a head when we got into a debate about the greatest Dolly Parton song.  I took it to Facebook and, as of right now, my people are overwhelmingly proving me right that it is “Jolene.”

I snapped this picture of Pat somewhere in the 3rd hour.  As you can see, he has his game face on. 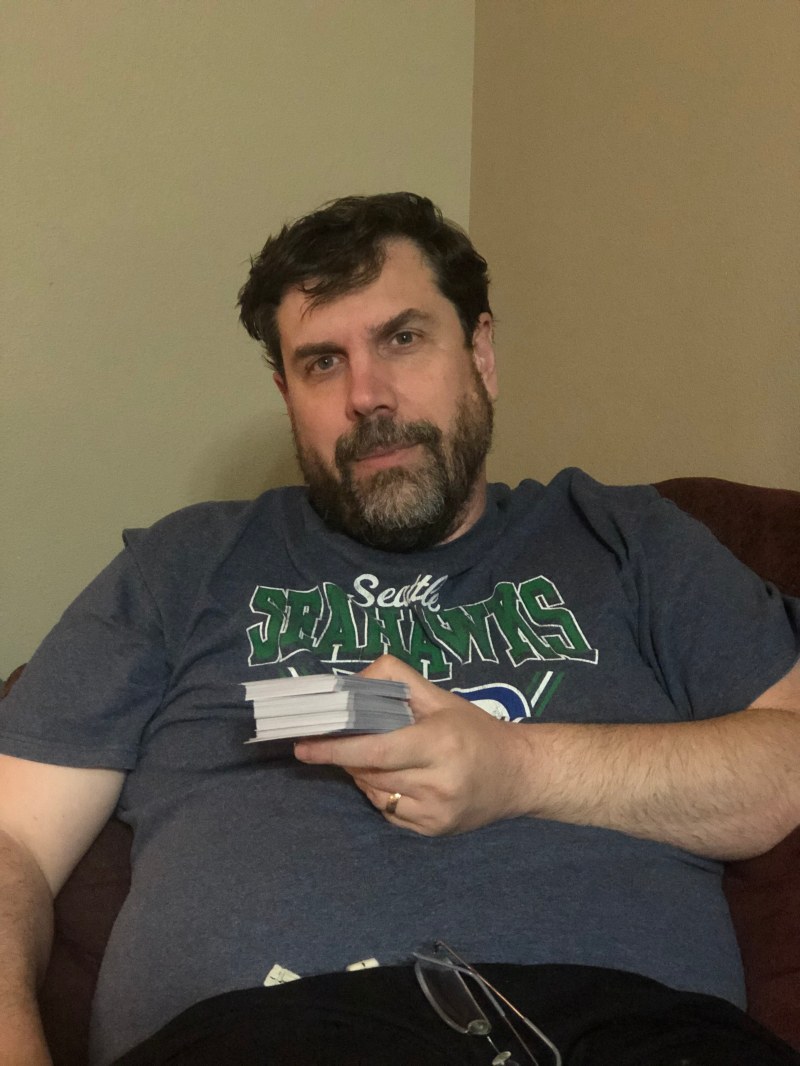 Anyway, besides all the silliness, the kids were back at school again today!  Chris wasn’t quite as productive as usual, but I think he got a late start.  He did get all his teacher-assigned schoolwork done, plus some stuff I had for him.  We’re still working on the western capitals and getting there…slowly.  Salt Lake City and Cheyenne are still very confusing for him.

Lillie’s teacher scheduled a social call today–and Lillie was one of 2 kids who joined in (the other was her friend Riley).  But I think it was still a good chance for her to chat with her teacher and her friend.  The lack of social time has been hard for her so I’m glad she had this opportunity today and it sounds like it is going to be daily thing.

And, finally, I’m leaving you with what Pat does not want to admit is Dolly Parton’s greatest song…

Dispatches from the Distancing - Day 38

Dispatches from the Distancing - Day 40