Warning: I’m about to be a cliche.

Yes, my pictures this week are food pictures.  And, yes, the food was delicious.  But the food is not the story.

However, my life was very different before marriage and kids.  I had far fewer responsibilities and I was a girl about town.  I could go to the movies on a whim and I could eat out at the newest, nicest, hippest restaurants in town.

Every once in a while, I get to step back into my old self and last weekend was one of those occasions.  Two of my closest friends have tickets to the Portland Center Stage and had used their subscriptions to get me a ticket to see Sense and Sensibility (my least unfavorite Austen work!) with them.  The play was delightful, but it was the dinner that was special.

The restaurant was an Italian place in the Pearl District–one that didn’t exist in my restaurant-going days.  It was small and dimly lit, with tables close enough to lend the space to intimacy but not so close that it felt cramped.  The food was as tasty as it appeared but the real treat was the opportunity to have an adult conversation without worrying that my children were being children. 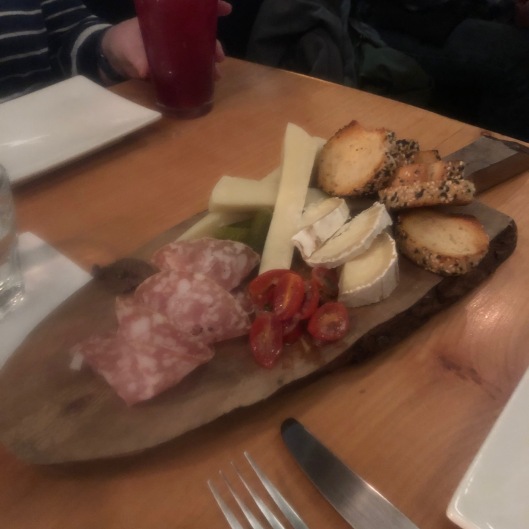 The end of the evening had its own tale, but no accompanying pictures.  I am no longer a Lyft virgin!  Since having LASIK surgery several years ago, my night vision has worsened and now I try to avoid it.  So, I decided to join the 21st century and use Lyft.  I survived, thanks to an abundance of Harry Potter knowledge to keep my driver’s conversation somewhat sensical, but it was worth the fare and probably something I’ll be doing more often!