Over New Year’s, my family headed south to visit my father in Arizona.  We didn’t expect blistering heat–I had visited at this time of year in the past and, each time, had had pleasant and sunny, but cooler, weather.  Before our trip, I checked the weather forecast for the area and we expected sunny skies and mild temperatures.

That was not what happened.

The first few days we were down there were a little colder than we expected, but nothing we couldn’t handle.  Then New Year’s day came.

My children, for the first time ever, stayed up to actual midnight, as opposed to “New York New Year’s.”  They then kicked off the year at about 6 am with a screaming fight because my son was not breathing in a way my daughter found acceptable.  (Yes, all the parents reading this feel my pain!).  As I was exhausted myself, I told my daughter to go sleep on the couch.  Which she did–and then she looked outside. 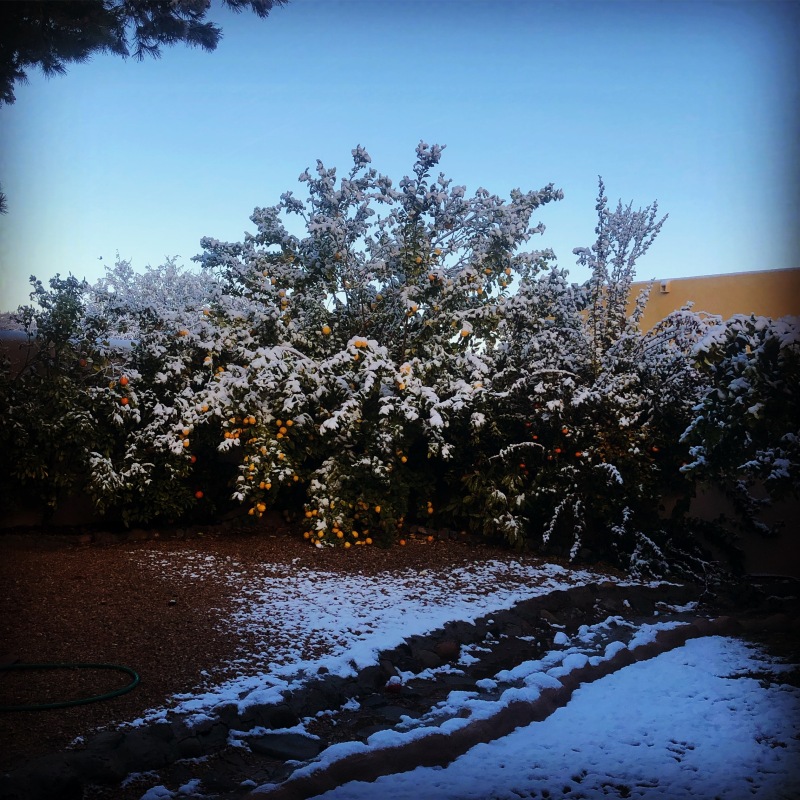 Yes, my friends.  That is snow.  In southern Arizona.

My kids were delighted.  As we also come from an area where snow is not a guaranteed or long-lasting occurrence, this was quite a treat for them.  Unfortunately, as this was a surprise, we were woefully unprepared when it came to clothing.  The warmest clothes the kids had were their pajamas–which is what they wore when they went to play in the snow.

I will admit that I was frustrated with this turn of events…for a moment.  Then I realized that while this may not have been the vacation we envisioned, it was one that we would remember.

A Life of Stories